Tsutomu Ohshima is the founder of Shotokan Karate of America (SKA), and was Shihan (Chief Instructor) of SKA and many other Shotokan organizations worldwide until 2018, when he appointed a new shihan for each of them. Mr. Ohshima was born on August 6, 1930, and by the age of five had already entered the disciplined and rigorous world of Japanese martial arts. Practicing daily, he pursued sumo wrestling from the age of five until he was fifteen; kendo (Japanese sword fighting) from the ages of eight to fifteen, and judo from the ages of nine to thirteen.

Mr. Ohshima’s distinguished association with Shotokan karate began at Waseda University, beginning in 1948. While he was there he trained directly under the style’s founder, Master Funakoshi, until 1953. His training was also influenced by his leading seniors, who were, in order of seniority: 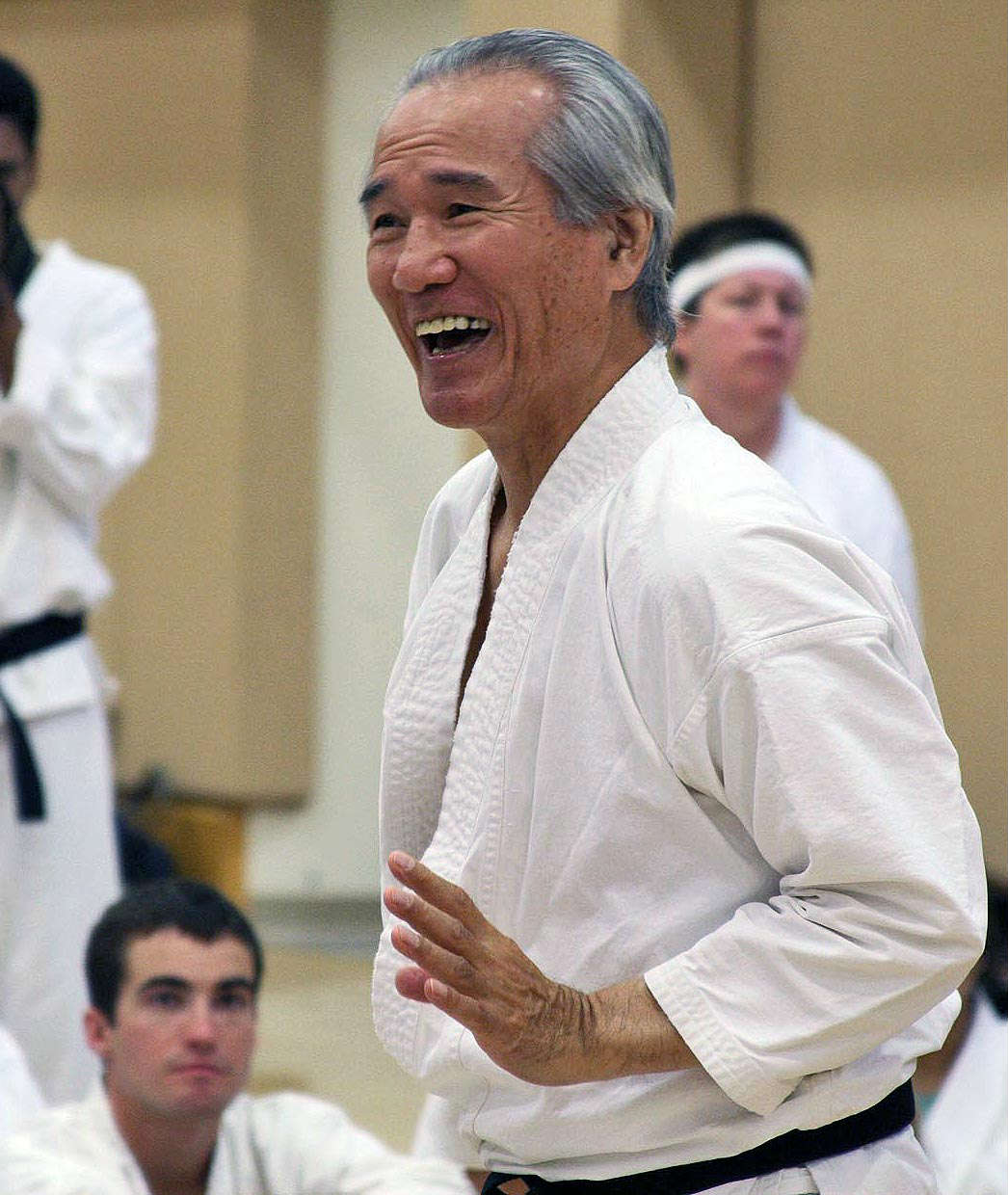 It was also during 1952 that Mr. Ohshima innovated the judging system still used in modern day tournaments. However, for students wishing to participate, he cautions that tournaments should not be viewed as an expression of true karate itself.

Mr. Ohshima left Japan in 1955 to continue his studies at the University of Southern California in Los Angeles, where, in January 1956, he led his first U.S. practice. The first university karate club in the United States was founded by Mr. Ohshima, at the California Institute of Technology in Pasadena, CA, in 1957. In 1959 the Southern California Karate Association (SCKA) was founded, and for the next ten years the reputation and membership of the SCKA continued to grow. Many new dojos were started by Mr. Ohshima’s black belt instructors in California and across the nation. Thus the organization was renamed Shotokan Karate of America in 1969.